How long does it take for a baby to be born?

POP, and the baby is now part of this world. The doctor writes down the date, the hour, the minute, with a bit of diligence and if they have the necessary field on the form, even the second. One minute the baby did not exist, but now it does. Simple, right? In no way can we say that it has existed for a while now, at least since labor started. Or since the mother was pregnant. Maybe even since the moment of inoculation. In a way, can’t we say that it has existed ever since the baby’s parents met? Or, alternatively, can’t we say that someone is not truly born as a human being until they have experienced their first conscious thought? Is anyone truly a human being until they get to understand this world at least in part? Heck, there are people in their 30s that seem to not yet truly comprehend their existence and can we really say that a human being is born until that moment? In fact, there are people that end up in their 60s, on their dying bed and they still don’t have a sliver of an idea what it means to be human; they never even thought about it. Some may say they end up dying without even being truly born…

In that case, when can we say that a game development studio, an entity that doesn’t even have measurable biological vital signs, is born? Is it born the moment you legally register it with the authorities? Or when you release your first game? (Editor’s note: probably this one.) When you have your first work meeting? Maybe when you first sit down with a bunch of friends daydreaming about how awesome it would be to work together on a game? Or is it when you stand up in class in middle school saying that one of the things you would like to do in this life of yours is to build games? When can you truly say that a new game dev studio has been born?

Critique Gaming is currently being brought into existence at the convergence of the passion for video games and art and the determination to change this world for the better of 5 people that love working together and are on the lookout for ways in which they could do this whilst still maintaining a decent living standard. 3 of these people (David, Petcu and myself) first talked about Critique Gaming and came up with the name more than two years ago, though they had aspired to make games for many years when that happened. After one year of not working even one bit, they got in touch with a friend (Dora) and asked her if she would like to apply her passion for drawing and the visual arts in the enterprise of building video games, and she said yes. After a couple of months of being so hyped about what they were doing that they could not stop talking about it, another friend found out about Critique Gaming and expressed his interest in helping them with some music, and they said yes. Dexi became another part of the team.

We wanted to build video games but none of us ever did it before, not this professionally, not whilst trying to make a living off of it. But we knew exactly what type of games we wanted to build. I called them “socially responsible games” and I made sure to wave around this label whenever I could. David called them “meaningful games”. Collectively we though about them as the kind of games we like playing. Games that want to make a point, that build you as a person, that shed light on some of the relevant and important aspects of the world. (Editor’s note: Pretentious pricks.) We wanted to build games that inspire people to do good and to think about what that really means. We wanted them to explore relevant questions that any human being should consider. And we wanted them to also be fun, because we know from our own personal experience that it is really hard to immerse yourself and become emotionally involved and thus influenced by something which you find boring or dull. The imagination, curiosity and excitement of our players were to be our friends, our weapons, our children. (Editor’s note: Our children? Getting a little creepy there.)

The first video game that we worked on was called “The Critique Game” and that was because it aimed at being a witty satire that shed light on the many issues that the current game industry faces, especially in the mobile sector. We still hope to finish this game one day. Whilst working on it we discovered ourselves but also each other, both as individuals and as working partners. We built our work ethics, we learned how to do our jobs better and better and eventually we even began truly comprehending what we got ourselves into. We understood how hard it actually is to build a good video game, that it required a lot more work than we expected, that it could be at times frustrating and seemingly impossible, but that it could also be fun. 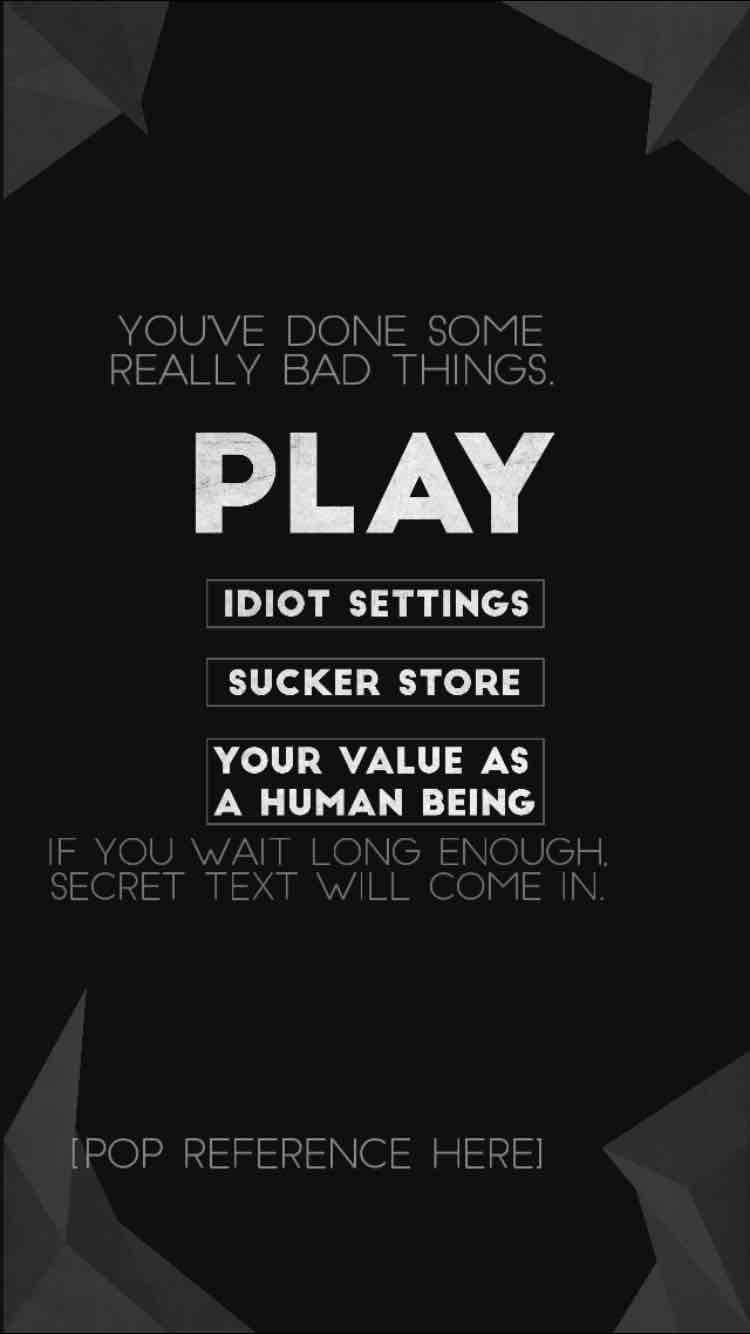 At the end of this spring, during the Eastern European ComiCon we participated in a gameJam. That is where Interrogation was born, as our entry after 24 hours of work on a game which had to fit the theme “Under the Surface”. We decided to tackle it in a more metaphorical way. We build a game that made players question what was actually going on in the heads of the characters, under the surface of the actual words they were saying. The game delved into what is going on in the mind of an interrogator tasked with finding a bomb in only 5 minutes, under the tough or empathic surface of their demeanor. 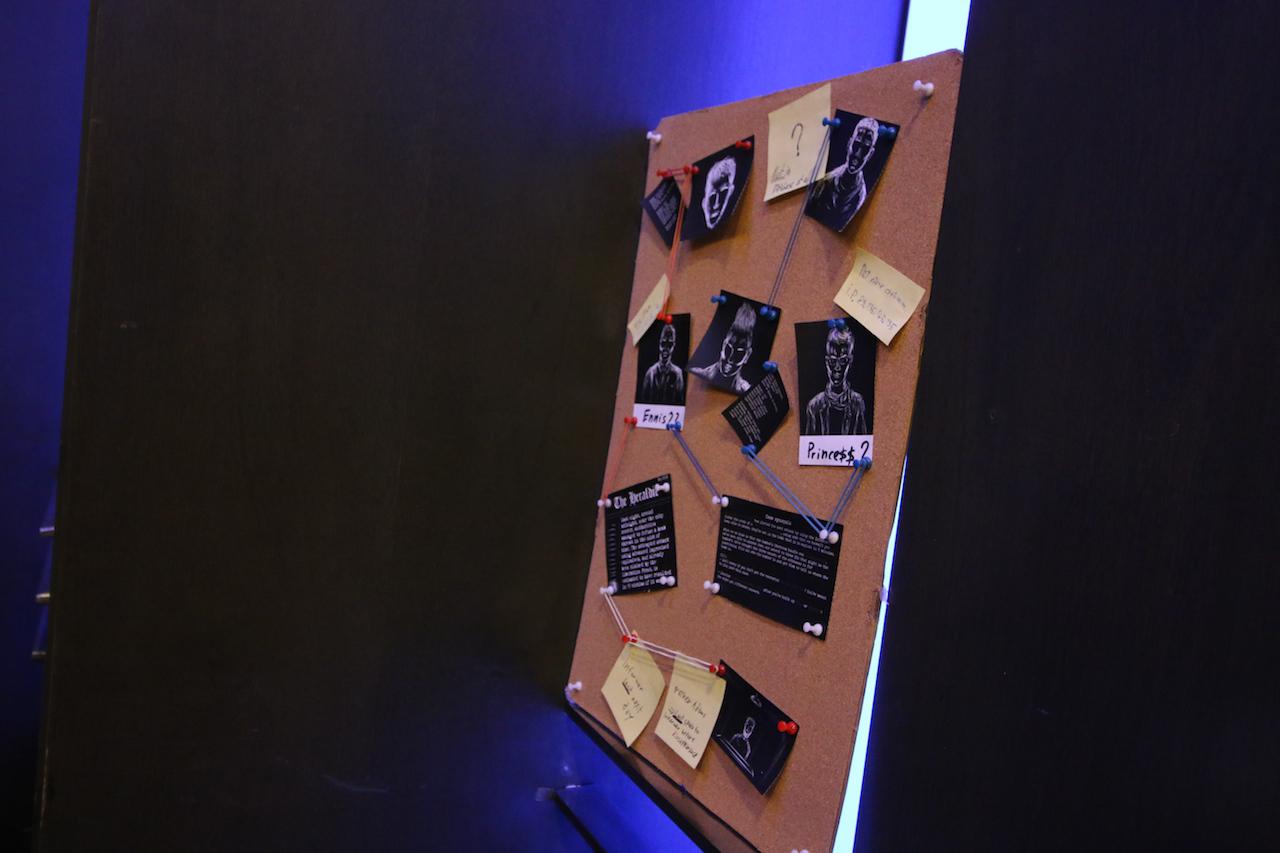 We liked Interrogation. From what we got, even other people and jury members liked Interrogation a lot, even if we did not win the jam. We started making plans about it, about how we want to make it less of a prototype and more of a real game. We worked a bit on it, and we plan on working on it some more. Ideally, a lot more. Now we just have to find a way of doing it. Wish us good luck.

(Editor’s note: Don’t leave the editor’s notes in like a bunch of meta assholes)